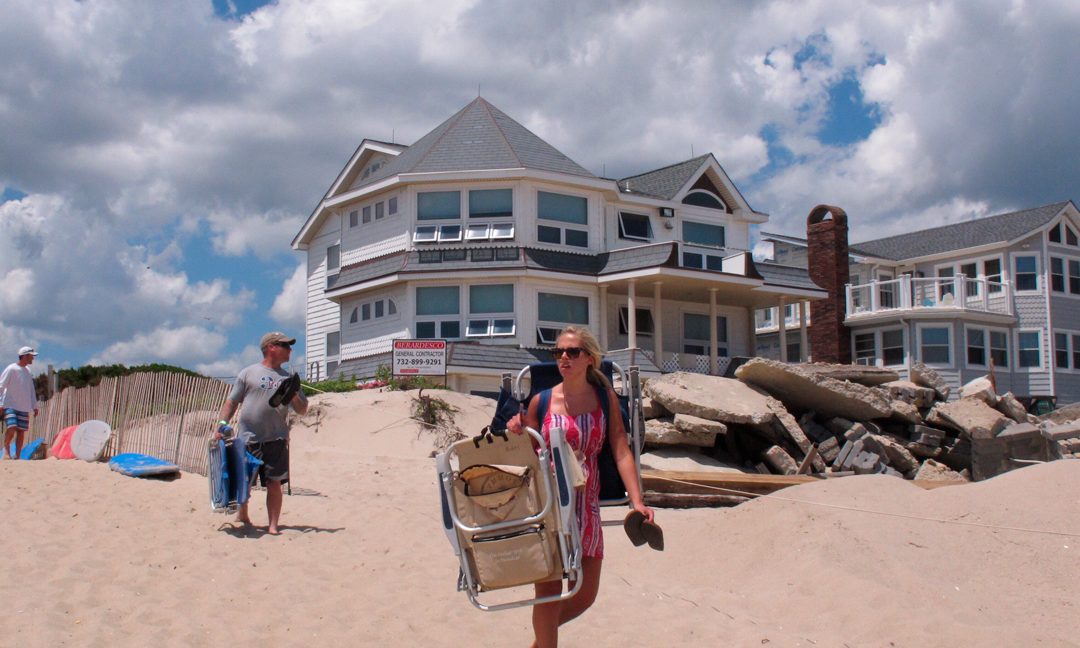 During the last 10 years, the federal government has poured billions onto the Jersey Shore. Developers and the wealthy have reaped the profits, while the middle class has been priced out completely. The federal government continues to fund beach nourishment to protect these investment homes. With such high ratables, the barrier island resort communities could, and should, be paying the full cost of their beach nourishment and other shore protection projects. Spend the federal money where people really need the help. Is that so crazy?

“In each of the 42 municipalities that occupy the state’s barrier islands, home prices have soared by 75% since Sandy”

“I think we’re seeing that idea of ‘becoming a playground of the rich’ playing out in what can appear to be slow motion,” Kasabach, of NJ Future, said. “And, in some ways, disasters accelerate that, because in towns where you might already have been seeing this, places are getting more expensive, people were tearing down houses and putting up bigger houses.”