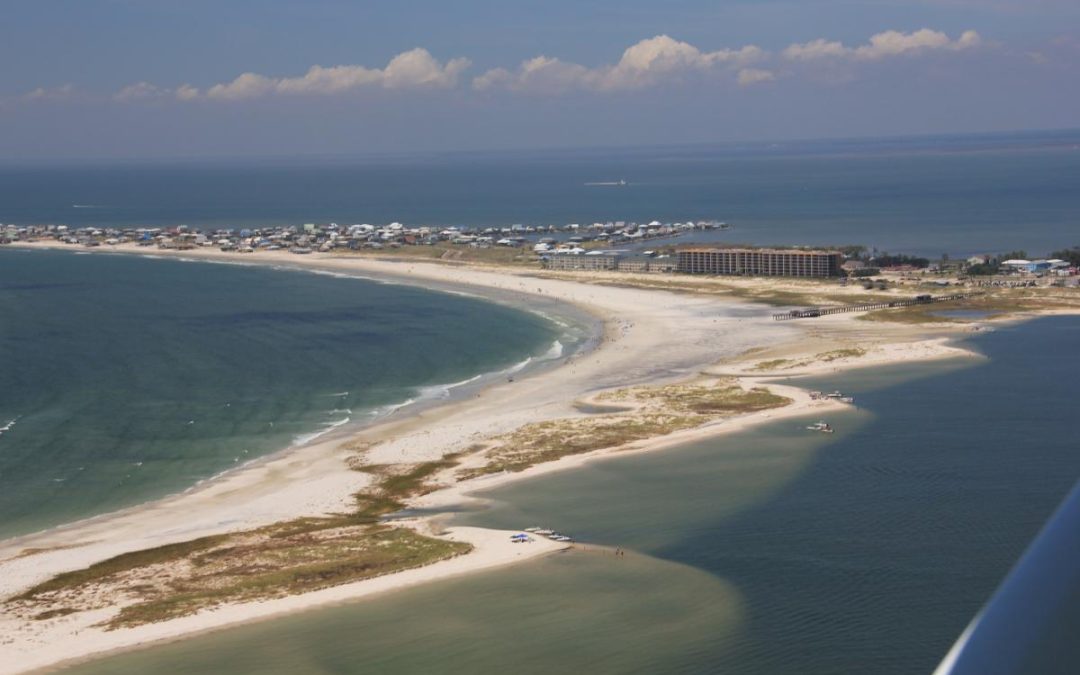 The abstract says it all. But, please don’t think that the west end of Dauphin Island is an anomaly; rather, it is the norm. Lots of folks have been saying this for two decades including a nice piece in the NYT by Justin Gillis in 2012! But, Kiki Patsch and crew have formalized the analysis.

“Dauphin Island, Alabama is a particularly egregious example of moral hazard and maldevelopment and the policies and practices that allow this to take place. The west end of Dauphin Island offers a clear case study of such practices and illustrates the crucial role that State and local regulation play in curtailing many of the moral hazard effects of federal disaster relief funding in promoting maldevelopment. Where unrestricted, moral hazard can act as an incentive to build or rebuild in at-risk areas, and unlike many other coastal areas, Dauphin Island lacks policies and requirements which restrict such development. Using the richest dataset available for the island and geospatial visualization, this analysis presents Dauphin Island as a case study of the potential consequences of unrestricted, heavily subsidized maldevelopment, and outlines the policies that enabled it to take place.

Dauphin Island demonstrates that Federal disaster relief programs other than the National Flood Insurance Program (NFIP) can contribute to maldevelopment. On Dauphin Island, Federal disaster relief from a combination of programs created a continual cycle of rebuilding on the island since 1979. Crucially, local coastal management policy acts as a valve restricting and directing the flow of federal funds. On Dauphin Island, those funds have not been directed towards resiliency, but towards maintaining and rebuilding the most vulnerable portion of the island.

Geospatial visualization of current parcel development patterns clearly shows the consequences of these incentives to build and rebuild in areas that are known to be risky in terms of future storms and flooding. In particular, this analysis indicates that the “typical” property on the island is: (1) not owned by island residents, and (2) is a second home either rented out or used seasonally. Thus, a significant portion of the State, Local, and Federal expenditures designed for local disaster relief benefit property owned by off-island and out-of-state residents used for second homes. These high-value, high-risk properties result in the island receiving disproportionately high (FEMA) expenditures.”